Was the weather in July in 1660 as crappy as the one we suffer in 2012?
The app on my iPhone, one of my favourites by Aimer Media, lets me check just that on daily basis.
Everyday, it introduces me to his entry on the same day in the 17th century.
What a charming idea! 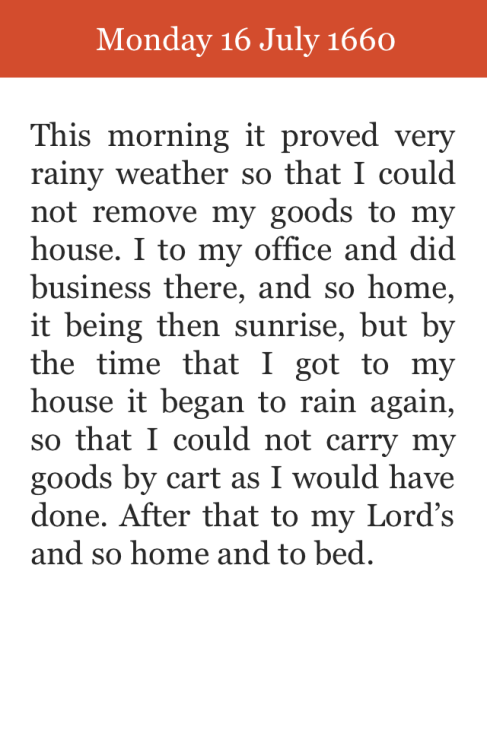 It’s kind of heartening to know that he was hindered by the rain then too.

This is the entry from the previous day.

His meek confession about him ogling someone else’s wife is rather endearing, don’t you find?
Was he not worried about his wife discovering his infidelity? He would be grateful that his missis was not a more vigilant type like Jool Oliver who apparently checks her husband Jamie’s voicemail, email, SMS & Twitter!
By the way, I teased my hubbie if I could snoop around his email & SMS. He just said “Go ahead. I have nothing to hide”.
Was he bluffing or being honest? Mmm…