I must have a break from our road trip memoir today. There are yet bucket-loads to write about and I want to carry on while my memory is still fresh. However, today was a day for Pride in London, and Hubbie and I went to see the parade with Bella in tow.

Before joining a crowd on Regent Street, we decided to have lunch at SAID on Broadwick Street…

SAID has been a fixture of Broadwick Street for a number of years. They sell ludicrously tasty chocolates with amazing twists and also serve delicious Italian dishes. I just love the way they present their simple yet exquisite offerings. 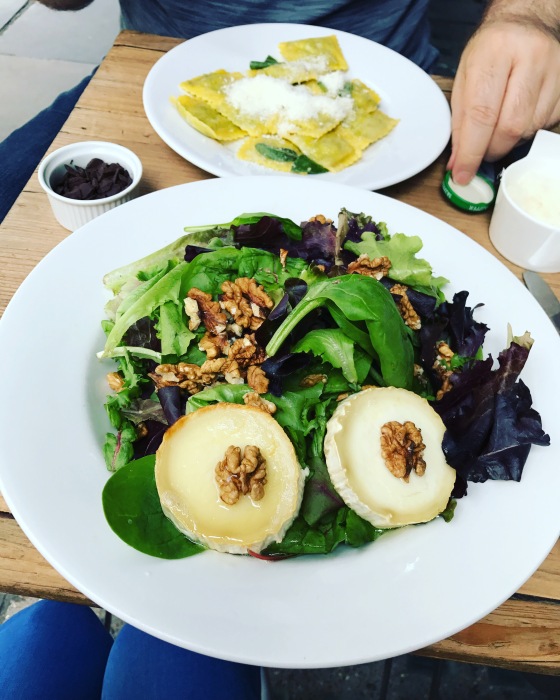 I must say, every mouthful was absulute joy. Who invented this amazingly moreish salad? Chocolate in salad? What a crazy but also wonderful idea!

The walnut had a hint of warm sweetness which went very well with the saltiness of the cheese. And the chocolate, it added another depth to the already colourful elements on the plate.

While we munched through our lunch, a group of drag queens were heading towards the parade…

Later on, I saw them on London Live TV, performing in Leicester Square.

After lunch, we made our way to Regent Street via Carnaby Street and Beak Street. The street was really busy with the manifold of crowds lining along the barriers, waiting for the parade to commence. 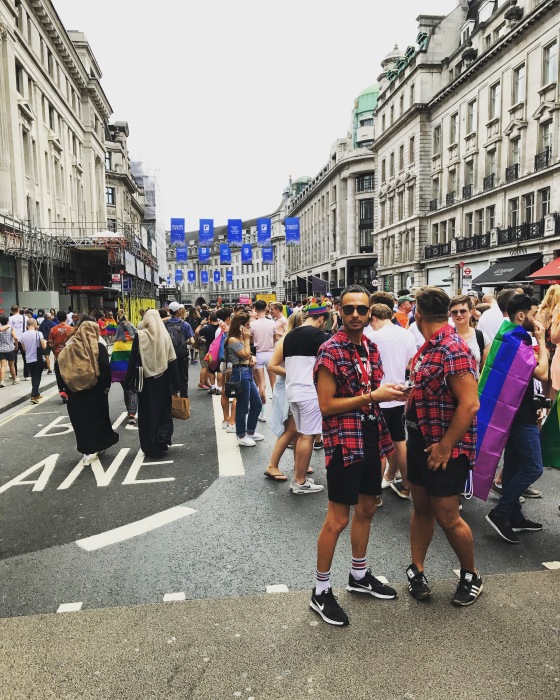 ‘Too many people here and can’t see a thing. Let’s move towards Piccadilly Circus!’ Hubbie suggested.

We weaved through the crowd, made a detour to an exhibition at Beetles + Huxley and eventually, made it to Piccadilly Circus.

Then, the party started!

Alas, I could only see moving flags and hear the beat and cheer.

‘Shall we move further down towards Pall Mall?’ We drifted along the crowd who seemed to have the same idea.

But our effort was in vain. Pall Mall was choking with the crowd too! 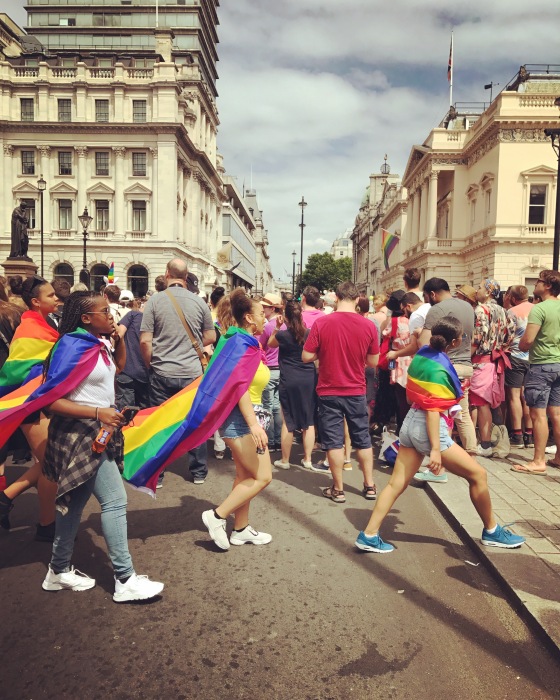 And Bella decided to sing along with the parade…

We ended up walking as far as Trafalgar Square but decided to throw in the towel. There was no way we could find any decent spot to see the parade properly anywhere along the route.

‘We should have planned it better.’ Hubbie and I agreed as we trudged towards Green Park tube station in the hot afternoon sun. Needless to say, Bella was fast asleep on my lap as soon as we were on our way home by tube…