Yes, we were conned and we had learnt our lesson, “Never never eat anything near tourist spots!” How we managed to make such a basic mistake? Well, let me explain…

Our first afternoon in Avignon was very summery – hot and humid. ‘Mum, do you fancy ice cold beer?’

Around Place de l’Horloge, there were many cafes and restaurants which offered alfresco dining. May be we can have beer and dinner at one of them, we thought. 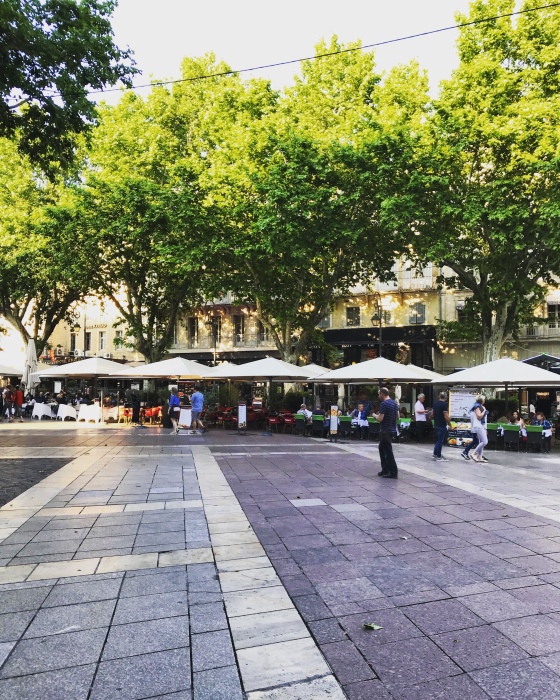 ‘I fancy paella because I haven’t eaten rice for a while.’, mum pointed at one of the eateries which was displaying a large menu with photographs. As soon as we stopped in front of the menu, a middle aged man with an apron around his hip appeared and started chatting in English. ‘Two of you? For dinner? Ok, ok, sit here. What do you wanna drink?’ He ushered us to one of the tables and handed us laminated menu.

While we contemplated what to eat, our beers were brought to the table. 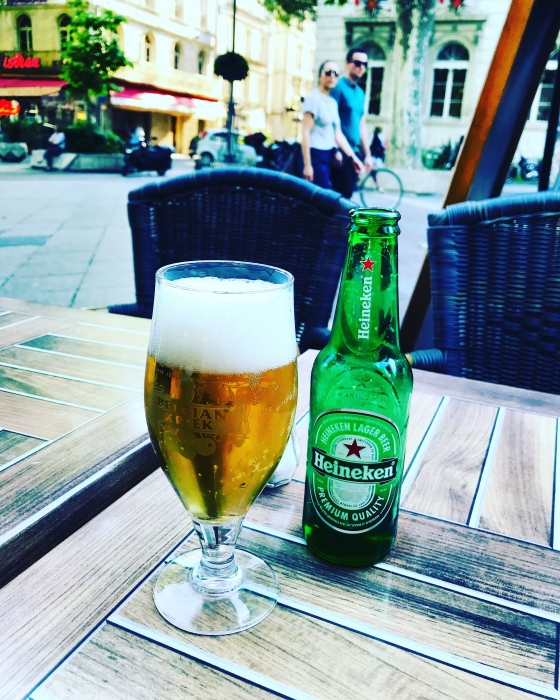 What the he** is that?, you may ask. Apparently, this was my seafood “noodle” paella. The noodle turned out to be just broken up spaghetti and apart from single very limp mussel and a couple of squid rings, the dish was devoid of any “seafood”. I was disgusted because it was nothing like the image on their menu. 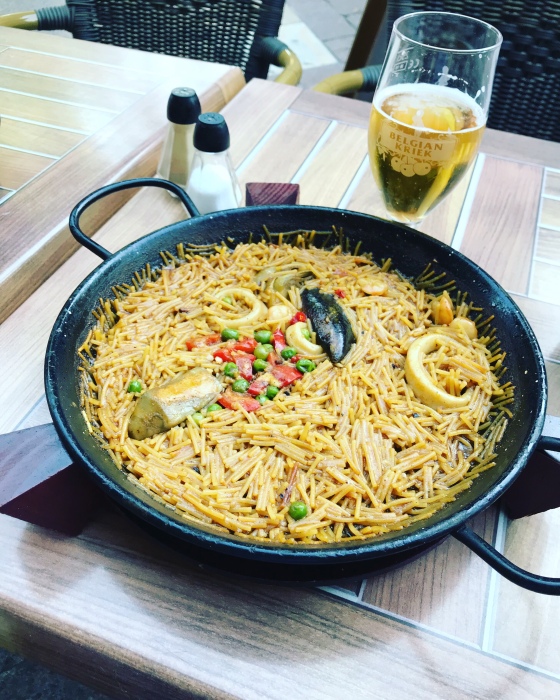 Mum’s seafood paella did marginally better by sporting slightly more fillings. Still, it tasted mediocre and could hardly justify the price of €15. 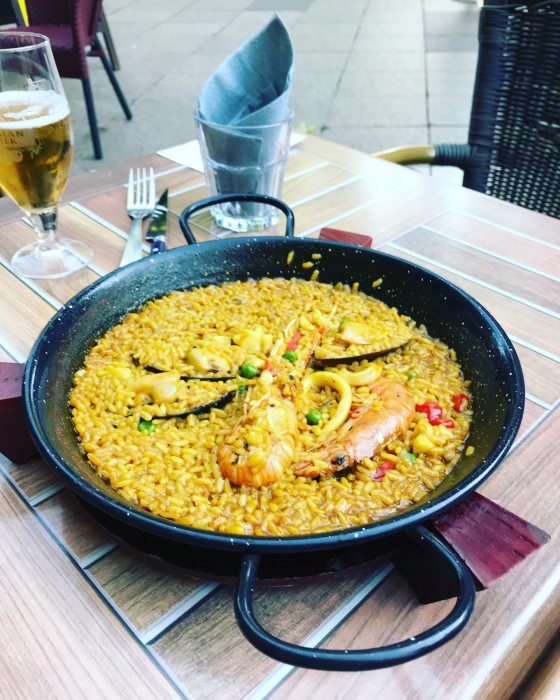 Probably, the “noodle” paella was the worst food I had ever tasted in my life – too greasy and too salty. I ended up leaving more than half of the wretched crusty spaghetti on the plate.

Then, the guy reappeared and he had the cheek to ask me if I liked the dish. I replied, ‘Pas du tout.’, giving the thumbs down.

He shrugged his shoulders and cleared our table. Allez, M.Thickskin, I silently swore to his back. What a tourist trap!

In front of the city hall, two guys were busking… 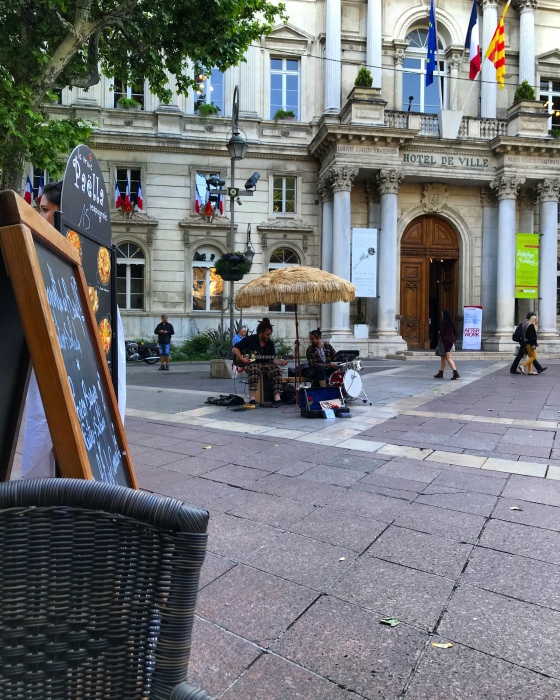 We would have enjoyed their performance more if our meal wasn’t a rip-off and the guy wasn’t so cocky! Mum and I left the place, feeling very very annoyed.