After enjoying a bit of retail therapy at Les Demoiselles d’Avignon, we continued on Rue des Trois Faucons in s eastward direction. ‘We should hop on a Baladine if one comes along.’ I looked back towards Place des Corps Saints. The sun started to beat down brightly and I was worried if the walk was straining mum’s hip before our visit to Palais des Papes.

Baladine was an electric-powered mini bus which went along a designated route every 15 minutes.

A green line with “BAL” was the route of Baladine. The bus would stop at any point as long as the destinations of the passengers were near the wriggly loop.

The size of the mini bus was small – 4 adults plus 2 children if they were toddlers. 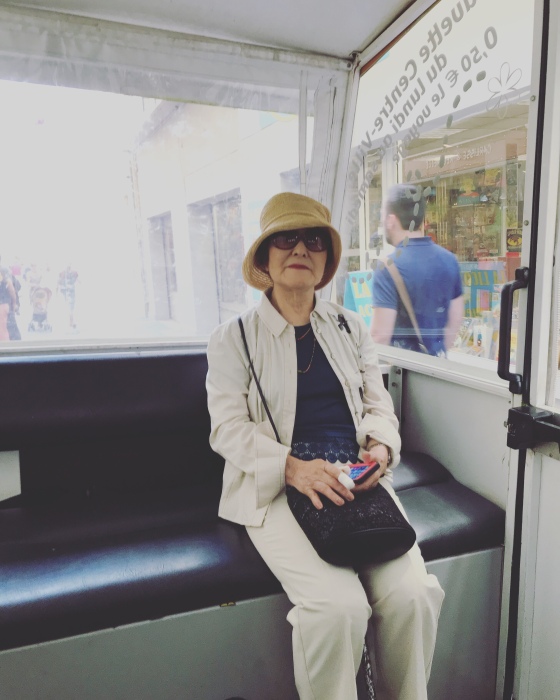 Cars, except the ones with permit, were banned from the city centre in Avignon. While we were watching Baradine in action, we witnessed the drivers touching in & out of the streets which were equipped with automatic bollards. As the pass card was pressed to the reader on the column, the bollard lowered itself to the ground level so the bus could entered the street.

Come and enjoy the ride with us!